Six orangutans have recently been re-granted their freedom in East Kalimantan, bringing the total number of released orangutans in the Kehje Sewen forest to 103 since 2012. However, there is a limit to how many orangutans can make the protected area their home. Permission to expand the area is now being applied for.

Freedom and a new life in the rainforest is what the 14-25-year-old males Komo, Gino, Zakir, and Lito, and the females Petak and Laila from the Samboja Leastari rehabilitation centre now enjoy in Kehje Sewen.

Save the Orangutan’s local partner freed the six orangutans over two releases with cooperation from the East Kalimantan Natural Resource Conservation Agency (BKSDA). This brings the total number of releases to Kehje Sewen to 103 since 2012.

All six orangutans emerged slowly and carefully from their transport cages, but after orienting themselves they were all quick to climb into the trees and explore their new surroundings. Watch them be freed and return to their natural habitat below.

A long and treacherous journey to freedom

This was no different for the six orangutans recently released to Kehje Sewen. The journey from the Samboja Lestari rehabilitation centre to the Kehje Sewen release site takes approximately 48 hours by both boats and trucks.

Laila and Lito’s convoy got stuck in the mud several times and a truck even broke down while attempting to cross a river – despite the special alterations to the trucks!

However, freeing the orangutans at long last upon reaching the release sites always makes the troubles worthwhile. 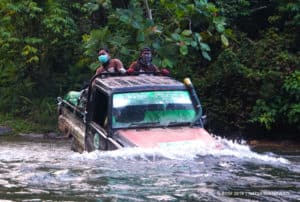 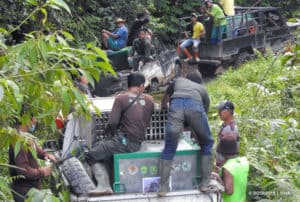 Kehje Sewen has been used as a release site since 2012. The 103 orangutans that have currently been released there help establish a new self-sustaining wild orangutan population.

However, the recent releases bring the orangutan population in Kehje Sewen closer to its carrying capacity of 150 orangutans. And at Samboja Lestari, approximately 140 orangutans are currently undergoing rehabilitation. Hopefully, all of these orangutans soon become eligible for release too.

– Unfortunately, we are still constrained by the capacity of our existing release sites, Dr Jamartin Sihite, CEO of BOS Foundation, says.

Save the Orangutan’s partner is therefore applying for permission to expand the Kehje Sewen area.

– We sincerely hope that the Provincial Government of East Kalimantan and the Ministry of Environment and Forestry will grant us the permit soon, Dr Jamartin Sihite pleads.

Because the orangutans play an important part in the rainforest’s ecosystem, contributing to clean drinking water and air and regulation of the climate, permission to expand the release site not only benefits the orangutans, but also the climate and ourselves. 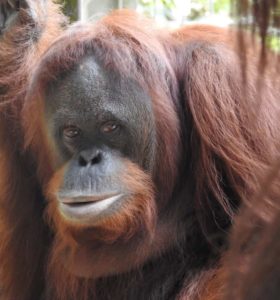 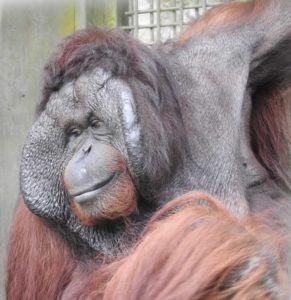 Laila and Lito, orangutans number 102 and 103 to be released to Kehje Sewen for a second chance of freedom and life in the wild.