Satellite data show that rainforest loss in Indonesia has increased 50% in the first 20 weeks of 2020. The new figures confirm a worldwide trend of increased deforestation as a result of the corona crisis – and the figures are much worse than feared. This can have a major impact on biodiversity and the climate even after the corona crisis, says Save the Orangutan.

According to Climate Home News, satellite data show that forest loss in Indonesia increased by 50% in the first 20 weeks of 2020 compared to the same period last year. This is according to data from the Global Land Analysis and Discovery (GLAD) laboratory at the University of Maryland, analysed by Greenpeace.

“This satellite data confirms what we hear from our Indonesian partners. Many lose their jobs due to the pandemic and become desperate. Deforestation is one of the solutions they see in order to generate an income, ” explains Marie Sigvardt, Head of Programs at Save the Orangutan.

Read: Here are our efforts against COVID-19

The economic impact of the crisis can continue

Figures from the World Food Program show that an estimated 5.2 million workers in Indonesia could lose their jobs during the pandemic. In addition, efforts to protect the rainforest are limited due to travel restrictions during lockdown. Patrol teams in the forest areas are much more limited and other efforts in the forests have been put on hold. This has made it much easier to carry out illegal activities.

“The worst thing would actually be if the increased deforestation would mainly be due to the economic development in Indonesia,” says Marie Sigvardt. She explains that in that case it can be feared that the increased deforestation will continue after lockdown and that it is important to keep the local Indonesians in mind when reopening the country. 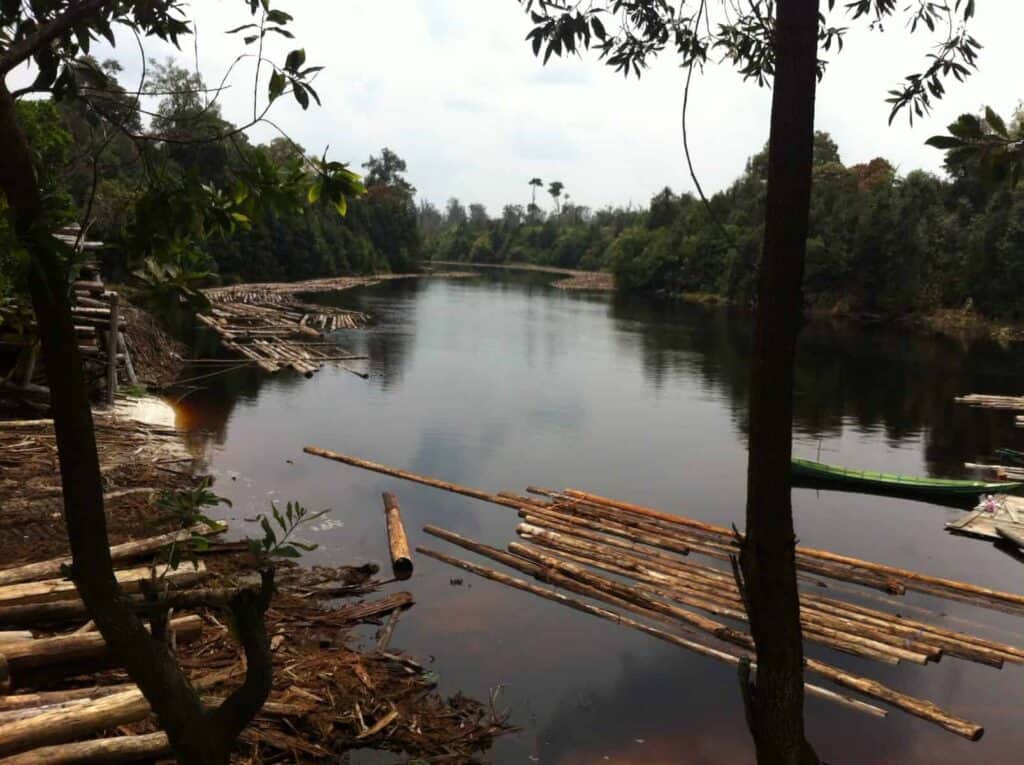 The corona crisis affects a number of other challenges

Deforestation is already a major issue in Indonesia. However, government policies have somewhat stabilized the situation in recent years. Until the corona crisis.

“This is quite serious,” says Hanne Gürtler, Director of Save the Orangutan. “Illegal logging is a major threat to the rainforest, and thus also to critically endangered species such as the orangutan.” Meanwhile, Borneo has been facing the annual forest fire season. “It is a dangerous cocktail for people, biodiversity and the climate,” says Hanne Gürtler.

Read: Forest fires in the time of corona

Hanne Gürtler therefore calls for a long-term, holistic focus when solving the corona crisis:
“The challenges of fire, deforestation, poverty and biodiversity loss are all intertwined, and the corona crisis makes these challenges even more difficult. There is a need for an increased focus on this matter. The corona pandemic will have consequences far into the future when deforestation increases,” says Hanne Gürtler.

Save the Orangutan works to prevent illegal logging and forest fires

Save the Orangutan works with Indonesian partners to prevent illegal logging and forest fires. The latest initiative is a project funded by the Danish Civil Society Fund, which will further develop the use of satellite data to improve monitoring efforts in the rainforest and the analysis of data. It can be a useful tool for risk assessment and fire prevention. An increasingly relevant effort after recent developments in the forest areas.

Save the Orangutan also focuses on creating sustainable sources of income for the local communities.

Read more about our work with indigenous communities.

The journey to Forest School and the leaders of the pack