With the campaign #plant_1_2_trees, we focus on replanting degraded rainforest areas for the future of orangutan. But what does the replanting efforts entail?

Deforestation is the biggest threat to the survival of the orangutan. Every day, rainforests are cleared and in the last four decades, 80% of orangutan habitat has disappeared.

But there is still hope for some of the degraded rainforest areas. They can be replanted and eventually become new lush forest areas where orangutans can live in the future.

We are replanting a peatland forest area in Borneo called Mawas, home to more than 2,500 wild orangutans. Unfortunately, a third of the area has been destroyed – and that is what we want to change.

Support our work to replant the rainforest here.

Here you can learn more about how we work:

Seeds are collected in the local area and grown in small bags, made of natural material, in nurseries in the local villages. Later in the year, the seedlings are planted, becoming new lush rainforest over time.

The efforts give hope for orangutans and other animals in the area. But peatlands store large amounts of carbon – and therefore also play an important role in the battle against climate change. 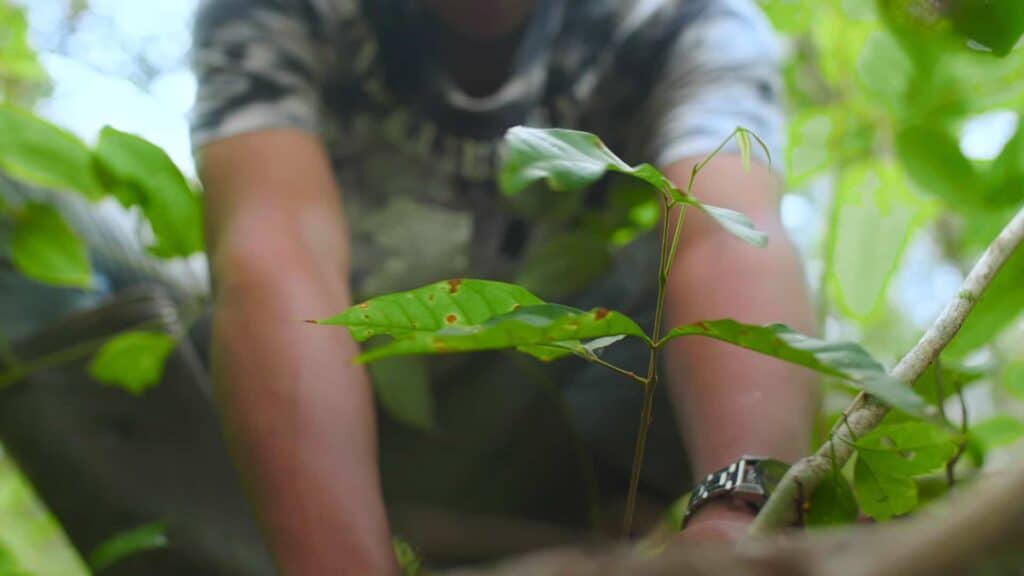 Much of the replanting efforts are done by the locals in the area. They plant seeds, care for the seedlings and plant them when it is time. The replanting activities generate sustainable livelihoods for the local communities and contribute to knowledge about nature conservation.

Read: Save the Orangutan wants to replant the rainforest with new campaign

Peat forests are characterised by high water levels. But when Mawas was designated for rice cultivation in the 1990s, hundreds of drainage canals were built in the area. This had major consequences for the ecosystem. Since the rice project was abandoned, the damage caused by the drainage canals needed to be repaired and the wildlife in the area restored.

As part of the efforts in Mawas, the locals block these drainage canals. This means that the water levels can rise and the ecosystem in the peat forests can be restored. This way, carbon can also continue to be stored in the peat rather than being released into the atmosphere as CO2 – and that’s important!

The peat consists of partially decomposed plant matter, and large amounts of carbon is stored in the soil. In the peatland areas that have been destroyed and drained, the peat slowly collapses and releases huge amounts of CO2. By restoring the areas, carbon can once again be stored in the soil, which is important in order to combat climate change.

Higher water levels also decrease the risk of forest fires significantly – which is important for both biodiversity, climate, local communities and for the forest.

Although Mawas is a protected area, illegal activities, such as logging, still occur in the forest. Therefore, it is important to monitor and take care of the area.  Local groups regularly patrol the area to protect it from forest fires and illegal activities.

Additionally, wells are built to improve firefighting efforts and to mitigate the risk of forest fires in the area.

Stories from the Rainforest: Independent Justin