The Post-release Monitoring (PRM) teams that keep an eye on the orangutans in the rainforest learn many things from observing them. For example, they find out which fruits or leaves they can eat in the rainforest. We can learn so much from orangutans.

There are various plant species that are safe for humans to eat. However, those who are not familiar with these forest foods will find it difficult to determine what to eat in an emergency situation. There are many types of fruits and fungi found in the forest that might look appetizing, but are poisonous and dangerous when eaten. This is where we can learn a lot from orangutans! 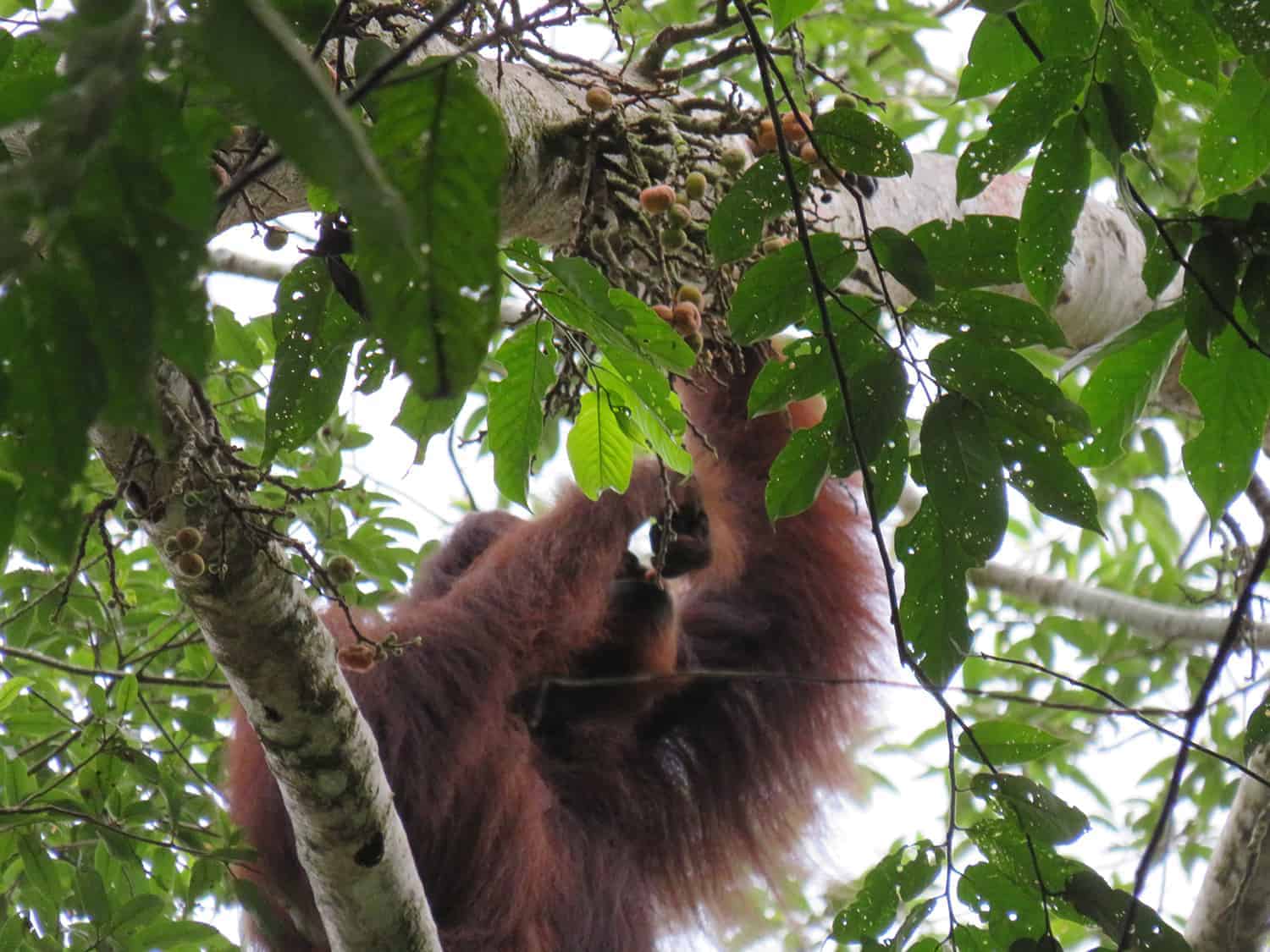 Of course, the team observe the orangutans to make sure they are doing well and to gain more knowledge about the orangutans.  But the teams also collect information on the types of foods the orangutans consume, which also reveals which plants are safe to eat for humans.

Recently the team observed Desi and Kimi. Desi, who underwent years of rehabilitation, has strikingly different habits to that of Kimi, a wild orangutan.  Kimi is clearly more familiar with a wider selection of natural food sources in the forest.  The monitoring team have even tried some of Kimi’s favourite fruits and found out that they taste pretty good!

The team has often see a red fruit known as mondokaki or bongang (Tabernaemontana macrocarpa), but have not once seen Desi or Kimi touch the fruit. If they won’t touch it, then neither will the team. In desperate times the monitoring team have tried both leaves and herbs from the forest – but only if they are orangutan approved!