The world is holding its breath as world leaders discuss climate actions during the UN climate change conference that began on Sunday. More than 100 countries have now signed the first major deal, to stop deforestation and restore destroyed forests.

The UN climate summit COP26 has kicked off with high expectations. Urgent action is needed if the world is to live up to the Paris Agreement. The 195 countries that signed the Paris Agreement at COP21 agreed to keep global temperature rises well below 2 degrees and to pursue efforts to limit them to 1.5 degrees.

Earlier this year, a major IPCC report concluded that we will already reach the 2-degree global temperature rise within the next two decades if no radical changes are made.

A few days ago, the United Nations Environment Program (UNEP) published its annual Emissions Gap Report. The report concluded that if we are to live up to the Paris Agreement the efforts of world leaders must be seven times more ambitious than they are now.

“The point is that we know what we need to do. We know how to do it. We know the timeframe in which we need to act. We know the benefits of action, and the consequences of inaction. The case for climate action is, essentially, closed. So, it is time to get it done,” said Inger Andersen, UNEP’s Executive Director, when the report was published.

100 countries agree to stop deforestation by 2030

The first major deal of the climate summit was presented yesterday during an event on forests and land-use. More than 100 countries, accounting for more than 85% of the world’s forests, signed the agreement during the summit to stop and reverse forest loss and degradation in the world by 2030.

Deforestation accounts for up to 20% of human-caused greenhouse gas emissions. Therefore, nature conservation and restoration of degraded forests are natural focus areas when talking about  climate solutions. This way, the solutions to the climate crisis are also closely linked to the biodiversity crisis . 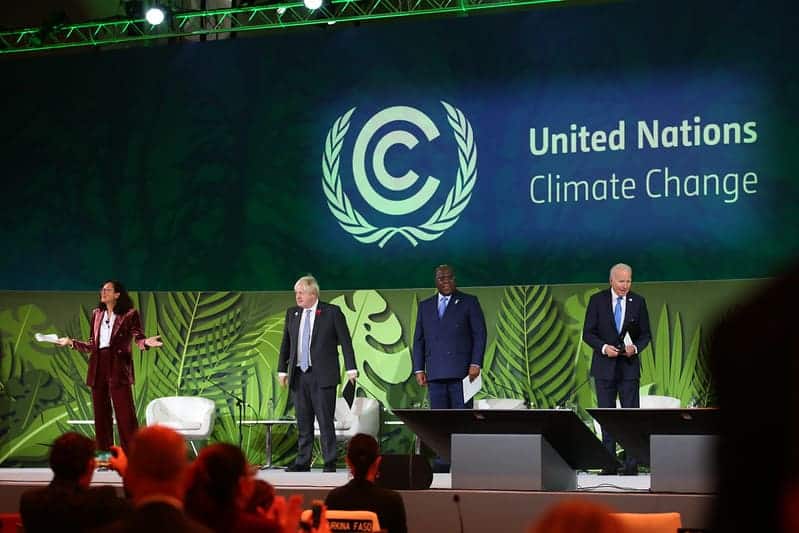 Indonesia among the countries who have signed

Among the countries who have signed the pledge are Indonesia and Brazil. Countries with enormous, threatened  rainforest areas. In recent years, however, deforestation in Indonesia has declined and according to President Joko Widodo, this will continue:

”Indonesia is blessed as the most carbon-rich country in the world on vast rainforests, mangroves, oceans and peatlands. We are committed to protecting these critical carbon sinks and our natural capital for future generations,”he said in connection to the agreement.

Director Hanne Gürtler at Save the Orangutan is pleased that there for the first time is an event dedicated to forests and land use at the climate change summit.

“It is an extremely important signal that for the first time at a climate conference an event highlighting the forests’ vast importance for the climate is arranged. Hopefully, it will become a recurrent part of future climate summits,” she says.

“It is very positive that the importance of indigenous communities and other forest-dependent communities are repeatedly mentioned. Efforts to protect and restore forests must be made with respect of and in collaboration with the people who know the forests best ”says Hanne Gürtler.

Read more about our work for indigenous communities

For Save the Orangutan the concrete plan and how it will be carried out is of great importance. And that the current rate of deforestation will not continue until 2030.